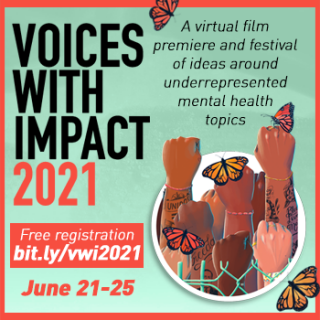 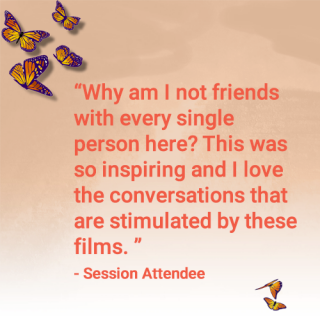 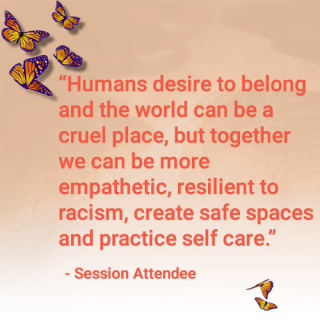 The media often depicts instances of overt racism – hate crimes, anti-immigrant violence, racial slurs – which are generally agreed upon as socially unacceptable. But what about the often-socially accepted forms of covert racism? From microaggressions, to racial profiling, to the denial of white privilege–in addition to countless other manifestations of insidious racial discrimination–existing as a racialized person within systems based on white supremacy can have significant impacts on one’s sense of self worth and identity, invoking feelings of never quite being  “enough”. Filmmakers Emilie Cheung, Rosie Pidcock, and Sideah Alladice explore these themes in their films and in discussion with each other in this session.

Watch the screen recording below, or download it here.

Click here to download a summary of the post-workshop evaluations.
“I’m not alone and it’s okay to not be pushed by the pressure of others to be someone else. I can evolve, be curious, be better, grow into the person I want to be – without others demanding I fit their expectations.” "
-Session Attendee