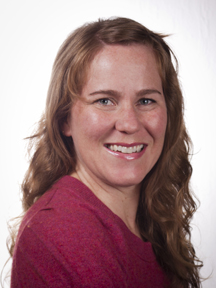 A recent transplant to San Francisco from New York City, Ali began her career working in progressive theater at the Lincoln Center Studios, @45Below, the Culture Project and with Fractured Atlas. She made the move to film by producing the award-winning documentary Back to Bosnia, which premiered at the Amnesty International Film Festival. From there, she co-founded Alternate Plan Productions, a company dedicated to creating theater and films which seek to unearth the truth of an experience. Alternate Plan Productions received two grants from the Jerome Foundation, to create and perform new works at SiTi Company, an IFP grant for finishing funds, and a Visa / MSN awards grant for Back to Bosnia.

Ali has continued to create original works, partnering with playwright Anne Washburn, to create a short film entitled Apparition, premiering at LA Shorts Fest, and Emina, an original screenplay based on the experience of a rape survivor of the Bosnian War.

Since returning to the Bay Area, Ali has volunteered with a variety of SF staples, such as Kerner Studios, Bay Cat and We Players.