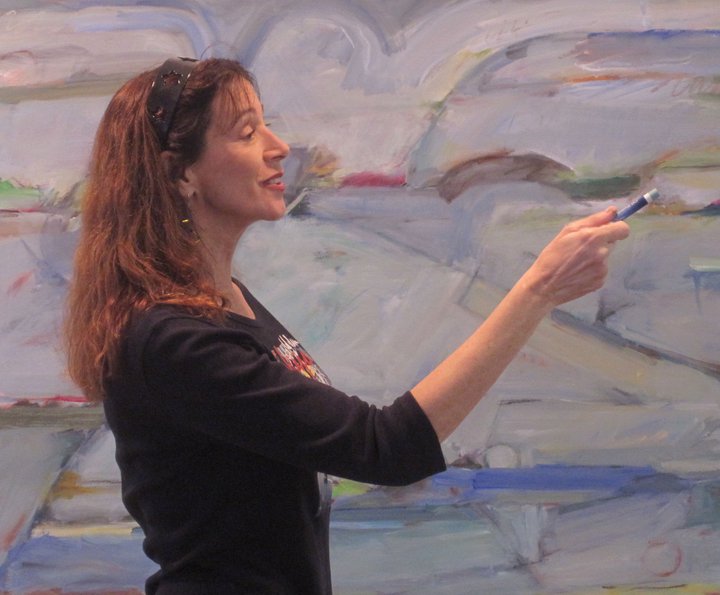 Andrea is former Executive Director of the Center on Media and Child Health (CMCH), a research partnership of Boston Children’s Hospital and Harvard University. CMCH’s flagship research study, VIA, designed by Michael Rich, a pediatrician and filmmaker, put video cameras in the hands of young urban patients, allowing them to participate actively in their recovery by creating and sharing their own narratives.

As a graduate student, her initial studies focused on psychology; however, she became involved in research on media under the tutelage of Gerry Lesser, one of the creators of Sesame Street and her advisor at Harvard University. The creative/educational uses of media and technology have been an abiding interest from that point forward. She continues working on projects that use media to engage, serve, and inspire at risk children and adolescents.

Her other professional focus is art. She has taught painting and drawing at Cornell University and the DeCordova Museum School. Her paintings and mixed media works have been exhibited at the Herbert Johnson Museum of Art, the Berkshire Museum, the DeCordova Museum, the Pratt Institute, the Elmira Museum, and numerous galleries in Boston, New York, and San Francisco. Additionally, she has been the Chair of the Museums of Boston, a consortium of 32 Boston area museums.

Through whichever lens she looks, she sees and believes wholeheartedly that art and media have the capacity to reach young adults in profound and far-reaching ways.