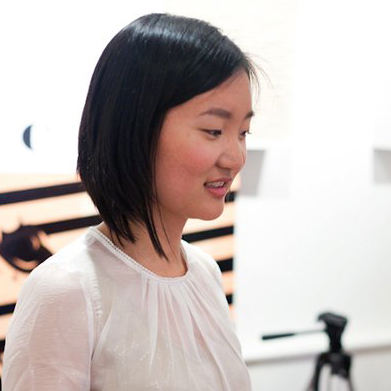 Esther worked at Art With Impact during our very first days… the winter of 2011 before we lost her to Los Angeles. Thank you, Esther for all your fabulous writing skills, your competence and most of all your ability to learn new things every day!

With parents who gave her no other option than to volunteer overseas for a year straight out of high school, Esther‘s perspective has continually been fostered by the idea and reality of a global community. She actually spent most of her teen years wanting to be a writer and a literature professor (Nerd, I know. Totally.), but Esther found herself within the fine art sphere over and over again. After her six months in Australia and South Africa, she decided to attend the School of the Art Institute to get a BFA in photography and arts administration. There she interned with the Art Institute of Chicago‘s Photography Department where the ins and outs of the making of a new gallery (for the grand opening of the Modern Wing) were learned. Esther also began as a museum educator and ambassador at the Richard H. Driehaus Museum within months of its opening. Esther, also, worked for the Chicago Department of Cultural Affairs as the Project Coordinator for a newly launched citywide collaborative program about the artist’s studio called Studio Chicago. Within this collaboration, she worked side by side with the Museum of Contemporary Art Chicago, Hyde Park Art Center, Gallery 400 at the University of Illinois in Chicago, and several other distinguished institutions. Now, she kindly cajoles donors to invest in Art With Impact with grace, humor, and fervor. Esther lives in the heart of San Francisco and is getting used to living in a city with amazing produce and not a lot of Polish sausage.