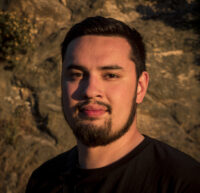 Jonathan was the 2018 artist-in-residence for the imagineNATIVE/CSV development program. He was selected as one of the Emerging 20 artists at the 2018 Reel World Film Festival and has been the recipient of grants through the Toronto Arts Council, imagineNATIVE, Taking it Global and Art With Impact to produce his work.

Currently, Jonathan is in development on several projects, including his first feature film.