Our Bodies, Our Minds Facilitator 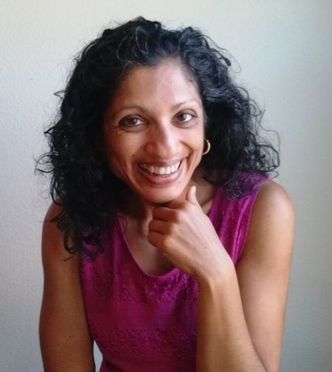 Kiran Patel is passionate about preventing and healing violence through empathy, spirituality and self-expression.

After earning her Masters in Social Psychology, Kiran became certified in mediation, advanced yoga teaching and Metta Center’s Nonviolence Studies. In addition, she has studied and practiced Science of Mind principles, Vipassana and Transcendental Meditation.

A performing artist, Kiran is a member of WingIt! (an improvisational body wisdom based troupe), was the lead actress in the premiere of Janaki (Virali Gokaldas) and has participated in Theater of the Oppressed. She has developed and performed two solo performance pieces and one Self-Revelatory Theater piece.

Resolved to neutralizing power imbalances and gender-based violence, Kiran began sharing the power principles she used to navigate through a sexual assault and death threat when she was 24.

Based in Oakland, California, she loves communing with the wilderness, bike-riding, dancing and nurturing people with her vegetarian cooking.​