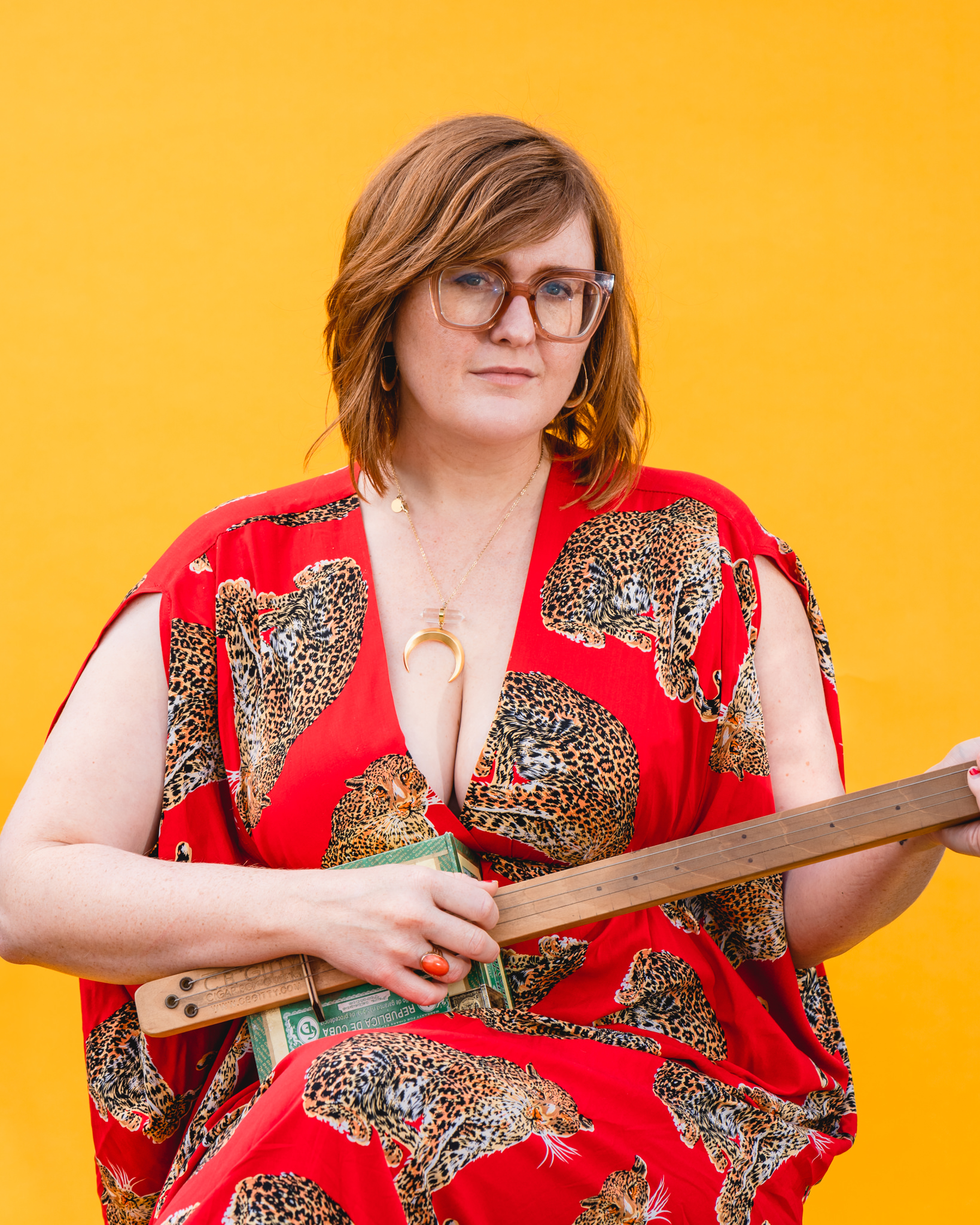 Liz Eldridge (she/her) wrote monologues for the Our Bodies, Our Minds workshop. Liz is a writer, actor, musician, and stand-up born in Los Angeles, and raised by her mother and a series of golden retrievers. She attended Johns Hopkins University, earning her B.A. in Writing Seminars with minors in Theatre Arts and Anthropology, and studied Classical Voice at Peabody Conservatory. Her TV work includes roles on “I’m Dying Up Here,” “The Affair,” “Rutherford Falls,” “Shameless,” “Silicon Valley,” “Devs,” and more. “Lydia Trueblood: The Black Widow of the Atlantic Coast,” which she co-wrote, composed, and starred in, had its world premiere at Edinburgh Fringe, won the DOMA Award for Best New Musical at Hollywood Fringe, and remains, we assume, the world’s only one-and-a-half woman blood folk cabaret about America’s first female serial killer.

She hosts IDK Comedy and Bis & Dolls at TrampStamp Granny’s and creates sketch comedy with Hot Garbage. You can stream her band Many Distant Cities on Spotify. She has two excellent dogs, a mean cat, and a partner who cooks.