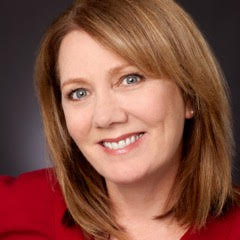 Sherry is a digital media technology executive, a film arts enthusiast and arts education advocate. While completing her master’s degree in Arts Education from San Francisco State’s Creative Arts School, she joined the Eureka Theatre Company’s management team during its staging of the world premiere of Angels in America: Millennium Approaches by American playwright Tony Kushner. Exposure to Angels and other award-winning dramatic works staged at The Eureka were seminal in their deep exploration of social issues through dramatic dialogue and staging. As she completed her work at the repertory theatre, Sherry also produced and directed two documentary films focused on the impact of art in the lives of breast cancer survivors and those dealing with grief from the loss of a loved one.

Outside her involvement in the arts, Sherry has worked in media and technology for the past 20 years, serving in executive roles at both early-stage and publicly held technology companies in San Francisco and the broader Silicon Valley. Most recently, She was CEO of Krillion Inc., a leading local product search engine based in Mountain View, CA. Prior to Krillion, She served as publisher and vice president of marketing at JupiterMedia, a global provider of digital images and publisher of original information on technology, business and creative development. Sherry has also held marketing and advertising executive positions at a number of digital and print media publishers, including DevX.com, Fawcette Media, and Miller Freeman’s (United Business Media) Music Group. Sherry is a recognized leader in the fields of digital media marketing and location-based technologies, and regularly writes about and speaks on related topics.

A second-generation native Californian, She spent her early years living near Yosemite Valley and spends as much time as possible hiking, biking and exploring the outdoors of Northern California with her family and friends. Sherry lives in San Francisco with her husband and two sons.