What Do You Think? James McAvoy’s Portrayal of Mental Illness in ‘Filth’ 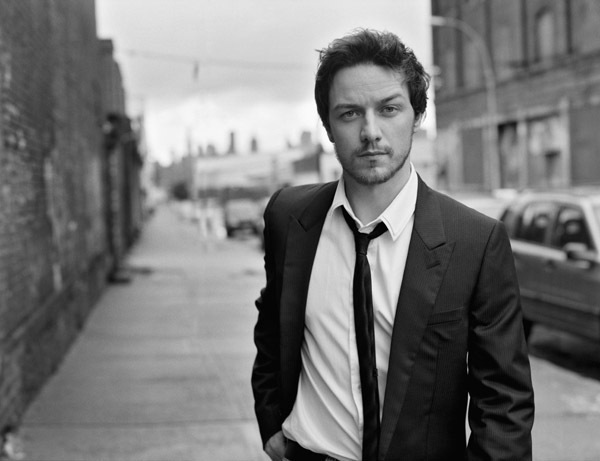 The actor has been making headlines lately for his leading role in Jon S. Baird’s recent release Filth, the rough and raw tale of a Scottish cop, based on a novel by Irvine Welsh. The somewhat baby-faced 34-year-old McAvoy—who has voiced such family-friendly fare as Gnomeo and Juliet and Arthur Christmas as well as appearing in The Chronicles of Narnia and the latest X-Men installment—gets down and dirty in the role of Bruce Robertson, a character he often found himself drinking to forget after long days on set.

And it’s no wonder McAvoy needed a drink: Bruce Robertson is a corrupt, twisted monster of a man who seems to thrive on destruction—an actor’s dream, really—but he is also thoroughly and undeniably mentally ill (bipolar, to be exact), and that’s where things get complicated.

“No matter how horrible Bruce gets, or how abusive he gets or how bigoted he gets, we know he's sick,” says McAvoy of his character. But while McAvoy certainly keeps Bruce’s mental illness in mind while portraying him, where does that leave the audience while watching him? Filth’s leading man has an almost American Psycho level of frantic dysfunction, and while he’s obviously not the picture of mental health, his illness seems to be portrayed in such a way that makes him seem dangerous in that most sexy, smoldering Hollywood kind of way:

But perhaps the full range of McAvoy-as-Robertson is just misrepresented in the trailers (which, admittedly, are created to drawn audiences in with flash, not alienate them with reality).  Director/screenwriter Baird and McAvoy bonded over their “severe experiences” with mental illness, which gave Baird confidence that he had the right actor for the part.

"I seem to have known an extraordinary number of people who have had to deal with severe mental illness," says McAvoy, “so I understood this character. I knew how to play him. I'm not saying it was easy, but I knew I could do it."

All best intentions aside, what does the character and the movie really do to the stigma surrounding mental illness? Glamorize and vilify a gross exaggeration of a very serious condition, or genuinely inspire others to seek help or better understand their own mental health?

It’s an argument that seems ever-present in film: where does entertainment value end and responsibility for battling stigma begin? Is it better that the team behind the sensationalist Filth seems sensitive to their portrayal of a bipolar character, or worse because of how the story plays out on screen?